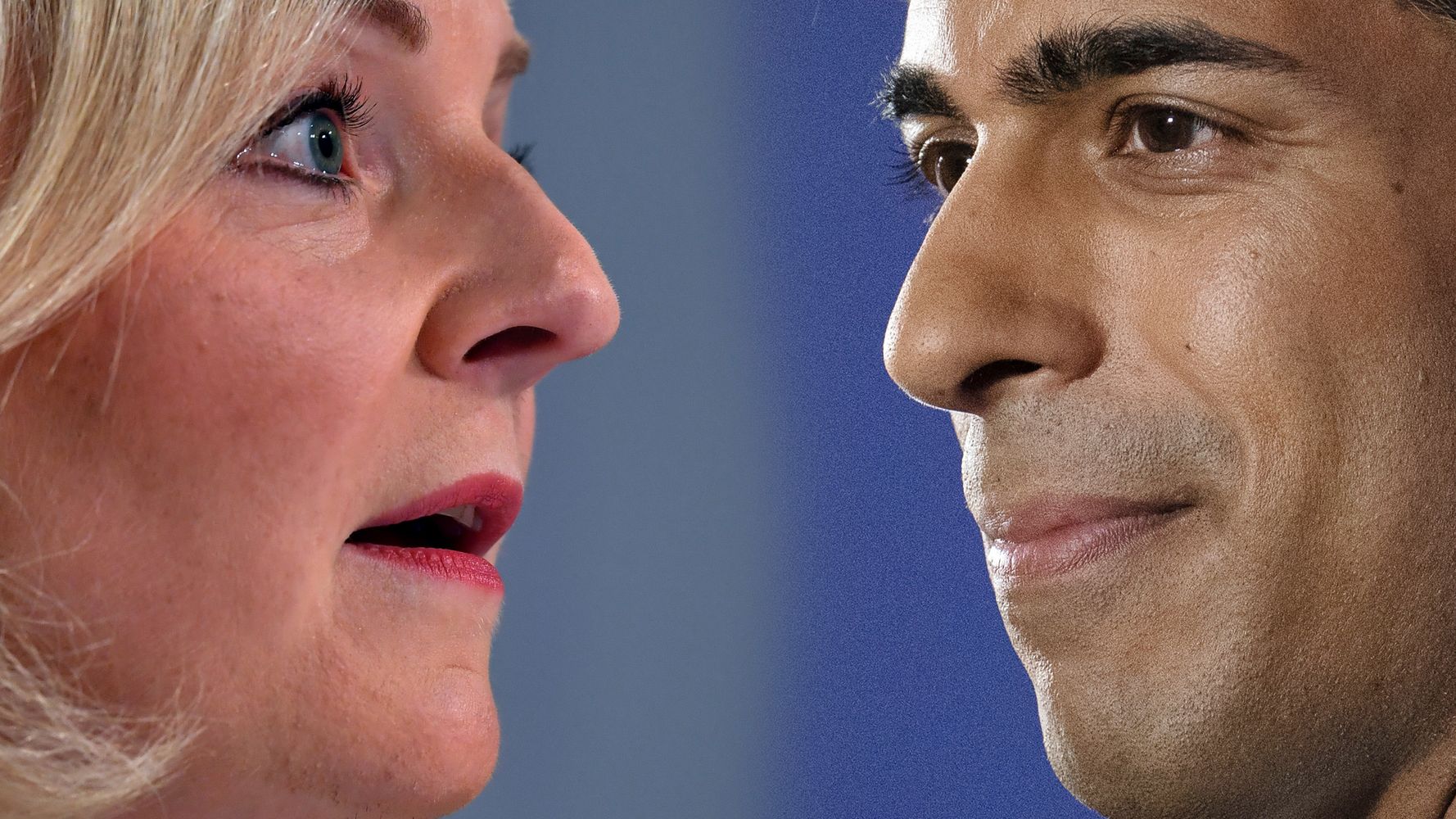 Labour would prefer Liz Truss to win the Tory leadership election because she is seen as an “easier target” than Rishi Sunak, according to a Tory peer.

Lord Hayward said the foreign secretary was perceived as a weaker media performer than the former chancellor.

But the respected pollster told Sky News that Sunak also had his own vulnerabilities that left him open to attack by the opposition.

“From the conversations I’ve had with Labour peers … they see Rishi’s weaknesses as his tax position and his wealth,” he explained.

“But he is a success story, and they believe that will probably go down well in places like Leicester and Bradford.

“Whereas Liz Truss has not subjected herself to a full cross-examination by any of the major programmes and didn’t perform well in the debates.

“And therefore they feel that at the despatch box that she will be easier as a target and easier to take down.”

Truss will go up against her former Cabinet colleague in a vote by Tory members, with the winner announced on September 5.

Recent opinion polls suggest the foreign secretary has a commanding lead over her rival among the Tory rank-and-file.

Last weekend, a survey by the ConservativeHome website showed him losing against with Truss by 42 per cent to 49 per cent, while a YouGov poll of Tory members put Truss ahead at 54 per cent compared with his 35 per cent.

Already the contest has descended into vicious briefing wars and attacks over economic policy.

Truss has accused Sunak of strangling off growth with his decision to increase national insurance by 1.25 percentage points, while Sunak has branded Truss’s promise to “cut taxes from day one” as a “fairytale”.

The Conservatives are said to have been horrified by the open attacks the candidates launched on each other during two rounds of TV debates last week.

During the ITV debate, Sunak attacked Truss’s history as a Liberal Democrat and Remain voter, asking: “I was just wondering which one you regretted most?”

One Labour MP told HuffPost UK that they had been told by the party not to attack Truss or Sunak on social media so as to not detract from the barbs exchanged between the pair themselves.

Following the confirmation that Truss and Sunak had made it to the final two, another MP said: “That’s good news for us.”

‘My Husband Is In Prison, How Do I Tell Him I Want To End Our Marriage?’

Woman's hand holding the fenceYou’re reading Love Stuck, where trained therapists answer your dating, sex and relationship dilemmas. You can submit a question here.Long-distance relationships are tough, even more so if your partner is in prison. And doubly so, if you were having issues with trust and commitment beforehand.Time away from your other half may make you reconsider the relationship. This week’s reader, Amy, has decided to call it quits with her […]