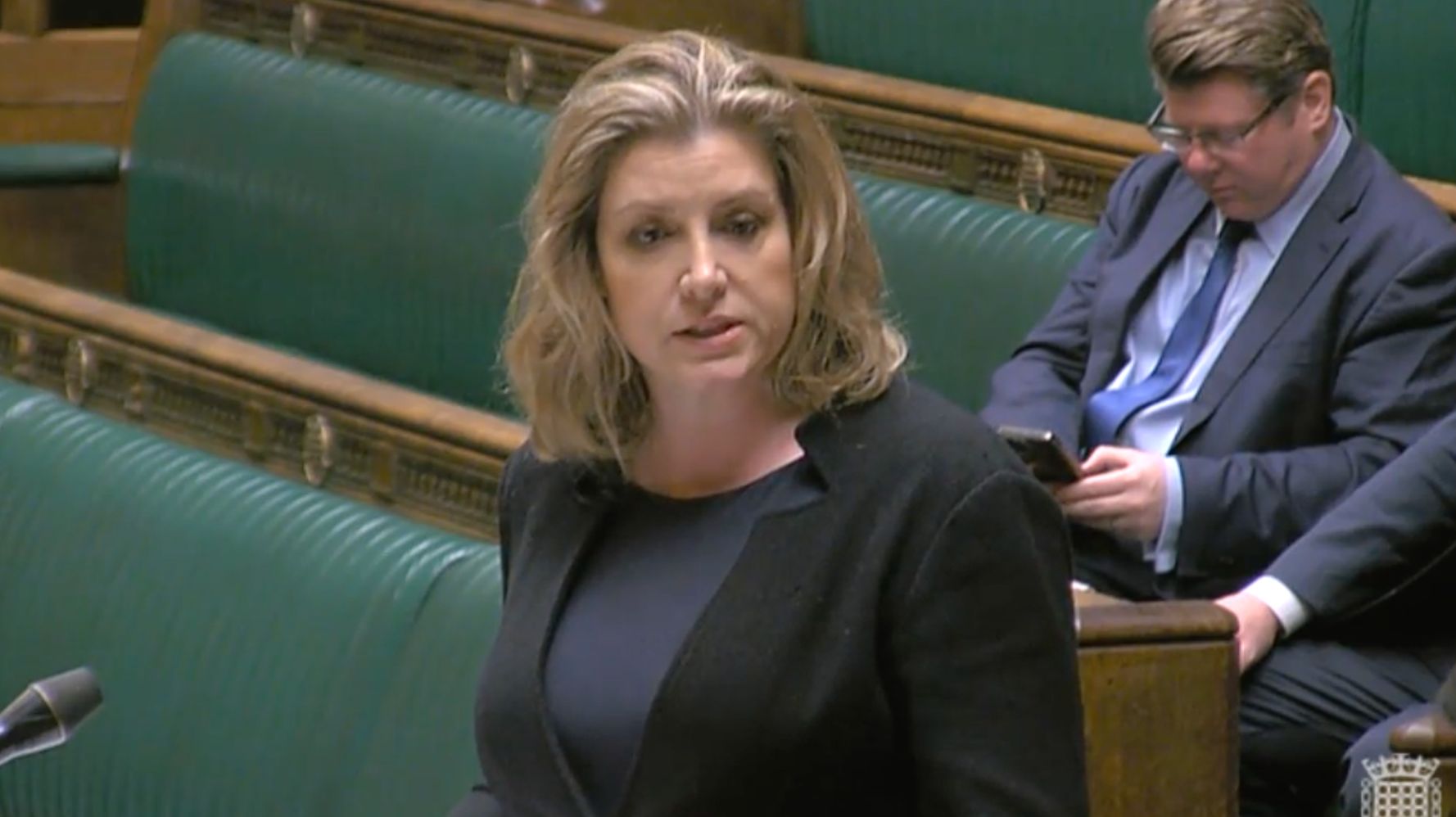 Penny Mordaunt made a dig at her former campaign rivals today after they appeared to suggest she was lazy.

The international trade minister was booted out of the Tory leadership race yesterday.

Her campaign fell victim to a number of vicious briefings from supporters of other candidates and saw negative headlines about her splashed across newspapers.

In her first Commons appearance since leaving the leadership contest, Mordaunt said she was “sort of amazed” to find herself at the despatch box “given my reported work ethic”.

She made the quip in an apparent reference to comments by her boss, international trade secretary Anne-Marie Trevelyan, who backed Tom Tugendhat to be leader.

Trevelyan said: “There have been a number of times when she hasn’t been available, which would have been useful, and other ministers have picked up the pieces.”

Mordaunt made the dig as she responded to a question from Tory former cabinet minister Dame Andrea Leadsom, who said: “Can I pay tribute to my right honourable friend for a fantastic and brave and clean campaign for the leadership of the Conservative party and to be prime minister.”

Leadsom, who was Mordaunt’s campaign manager, asked: “Does she agree with me that being a force for good in the world for free trade is an absolutely honourable goal and one that the UK should be promoting every chance we get?”

Mordaunt replied: “Yes I am sort of amazed to find myself here this morning given my reported work ethic. But I am here.

“And she is absolutely right. Us, a G7 nation, leaving the regulatory orbit of the EU is an international event. And it gives us huge opportunity, but also nations like the United States, to really set out our view of the world and capitalism and fight for those things that we believe in.”

Separately, the head of the civil service has launched an inquiry into leaks allegedly designed to damage Mordaunt’s leadership campaign.

Simon Case, the cabinet secretary, launched the probe after papers drawn up by civil servants made their way into a Sunday Times story.

The paper claimed the documents suggest she backed watering down the legal process for transitioning when she was equalities minister.

Her team fiercely rebutted the story, saying the contest was being distracted by side issues.

Case has promised the investigation will be completed “as quickly as possible” given the “importance” of the subject.

Mordaunt herself has accused her Conservative leadership rivals of mounting a smear campaign against her and condemned “toxic” briefings from rival camps.

On Wednesday, Tory MPs whittled the candidates down to two – Rishi Sunak and Liz Truss.

Their names will be put to party members to make the final decision, with the winner announced on September 5.

What Happens Next In The Tory Leadership Race?

Rishi Sunak and Liz Truss repeatedly clashed in the ITV debate.Just two weeks after Boris Johnson announced he was standing down as prime minister, the race to succeed him has entered its final phase.After five rounds of voting by MPs, Rishi Sunak and Liz Truss have made it through to a summer-long run-off.But what happens between now and the winner being announced on September 5?And They’re OffThe business end of […]