This Is How Deeply The NHS Collapse Is Really Impacting Us 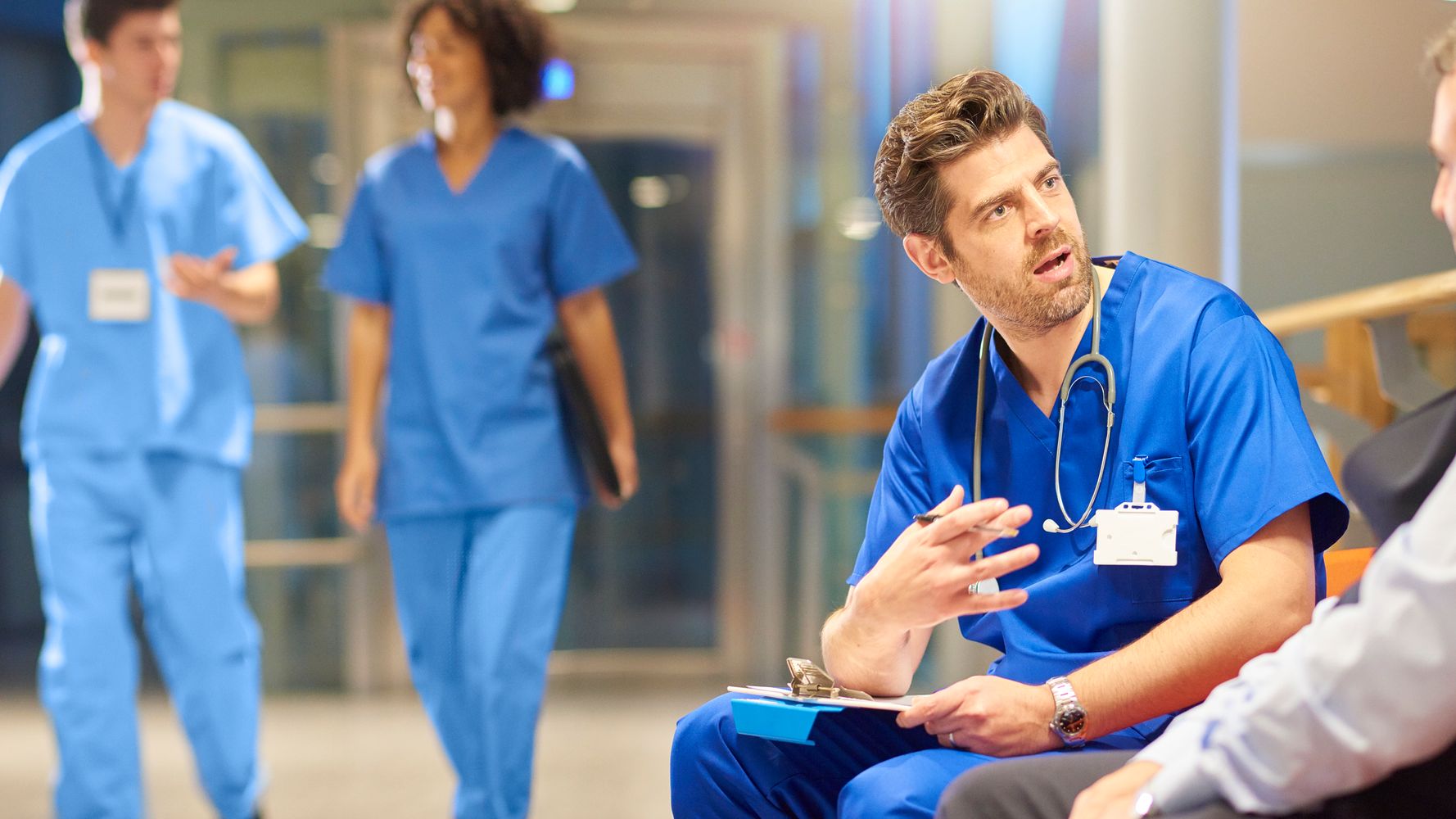 The British workforce seems to be struggling to get back on its feet in the aftermath of the pandemic.

Services across the country do not appear to be operating as smoothly as they did in 2019, as companies try to cope with ongoing staff shortages.

But why is this still a problem, more than a year on from the lifting of all social distancing restrictions?

Brexit has been blamed, along with the ongoing impacts of Covid itself – but new data suggests that it is actually the NHS’s problems which are having a particularly far-reaching impact on the whole nation.

Is our workforce depleted?

As ONS data shows, the UK employment rate is still below pre-pandemic levels to 75.6%, with total actual weekly hours still significantly lower than before the first lockdown.

The total of actual hours worked now stands at 1.04 billion between February and April – this is still 7.6 million below the hours recorded at pre-Covid levels.

The number of job vacancies between March and May this year also rose to a new record of 1.3million.

I have to ask…
Where did everyone go?
Service people.
Restaurant staff. Sales help. Service techs?
I can’t count the number of places between Maine and Florida that are “short staffed” and unable to operate in a normal capacity.
Someone clue me in on this!

Why is this to do with the NHS?

According to findings from Financial Times’ journalist John Burn-Murdoch, much of the UK’s diminished labour stems from our flailing health service.

More 15 to 64-year-olds are neither employed nor seeking work now than compared to late 2019, Burn-Murdoch’s data shows. This number “has risen in almost every quarter since the end of 2019”.

He points out the the 332,000 people who have been waiting for more than a year for hospital treatment in the UK is pretty close to the 309,000 missing from the labour four due to long-term sickness.

Burn-Murdoch also claims that chronic illness is the main problem – and suggests that this is not the knock-on effect of the pandemic (and people developing long Covid), but because waiting times have been prolonged. This means illnesses are not being treated in a timely manner, and becoming more severe, stopping people from returning to work as soon as they could.

He suggests that Covid, of course, has applied more pressure through staff absences, and the ongoing backlog from the lockdowns – but the health service was struggling long before then.

Burn-Murdoch compared it to other countries and pointed out that the NHS seems significantly less robust than its counterparts in other countries who had to deal with the same pandemic.

Their workforces appear to have bounced back significantly more than the UK – and that could be down to a more functional health system.

HuffPost UK has contacted the DHSC and NHS England for a statement in response to the findings and will update this article if we receive a response.

So, what is wrong with the NHS?

The primary problems with the NHS seem to be waiting times, from getting seen to by an ambulance to getting a GP appointment, or a specialist referral.

An article from the editors-in-chief of British Medical Journal (BMJ) claimed that Covid is still having a huge impact on the healthcare system.

They added: “What the hospital admissions figures hide is a rising tide of people with long covid, now at two million and likely to be a major burden on the health service and the nation’s productivity, for a generation. ”

Independent charity, The Health Foundation, noted that while the NHS may be struggling due to higher demand for services, emergency admissions and elective care remain lower than those seen in 2019.

An alternative explanation is a shortage of supplies – less is being spent on each patient, fewer staff and beds. However, the charity points out that there are now 8.1% more staff in October 2021 than there were in 2019. When staff absences are accounted for, staffing is still 6.9% higher.

It’s worth noting that even before the pandemic, then NHS England chief executive Simon Stevens was calling for “more acute beds” – and blaming underfunding from the government for the health services’ struggles to meet demand.

As The Health Foundation suggests, the health care’s problems may lie in the NHS performance spiral – so Covid has stretched an already “lean” service.

Paddy And Christine McGuinness Announce Split After 11 Years Of Marriage