Rail Strikes: Why You Need To Plan Ahead On Travel This Week 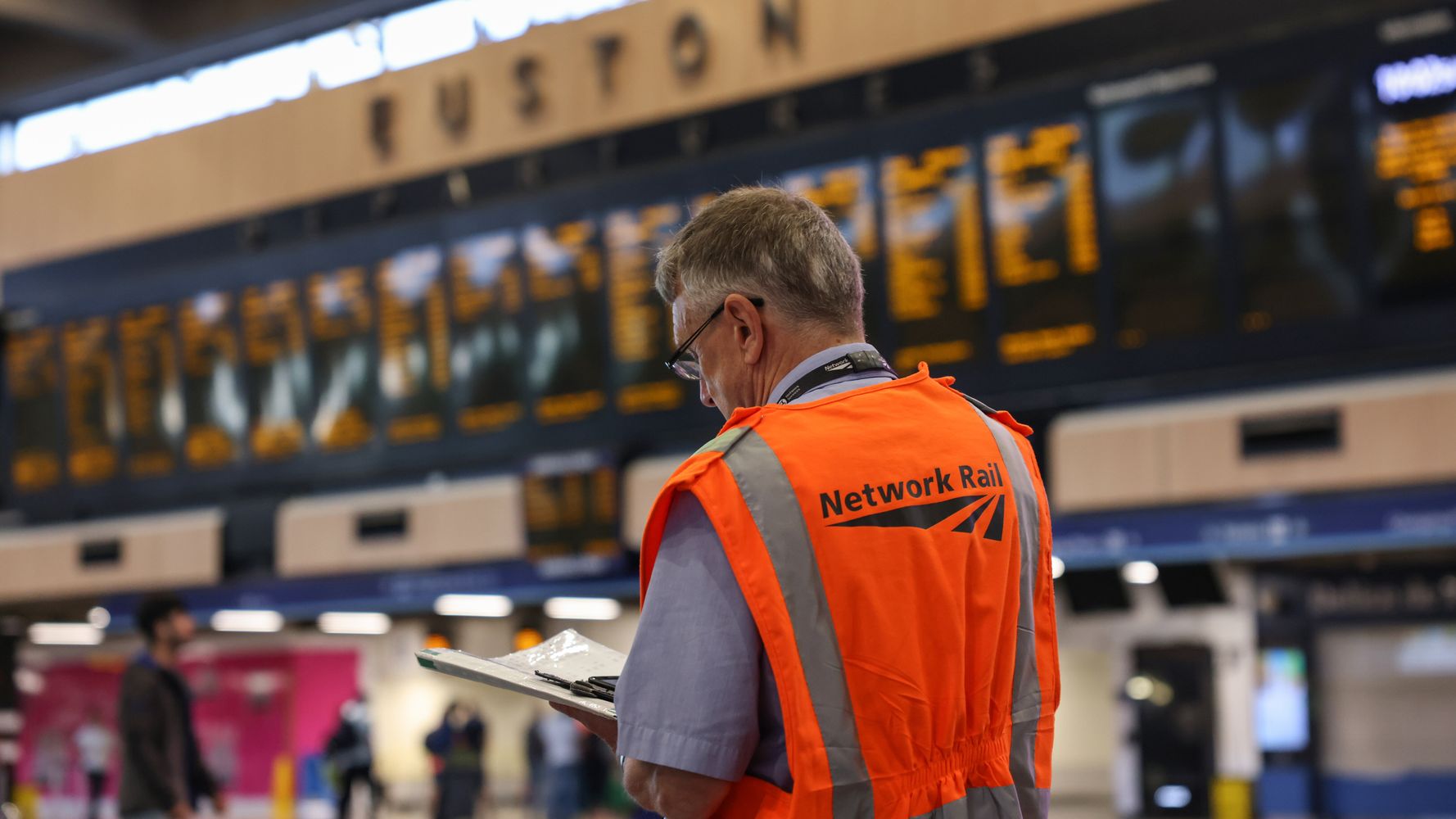 The summer of discontent rumbles on this week as rail workers are set to walk out once again this Wednesday, July 27.

The major strike means passengers have been discouraged from travelling unless “absolutely necessary”, as employees continue to push back against pay, jobs and working conditions.

It comes a month after three days of strikes brought the country to a halt back in June. While the union leading the industrial action has promised to try and reach a deal with Network Rail ahead of Wednesday, it maintains there is a “big gap between the parties at the moment”.

With only 20% of services set to run, the Women’s Euro 2022 semi-final in Milton Keynes and the Commonwealth Games in Birmingham likely to be affected, here’s what you need to know.

Which rail services are affected?

The Rail, Maritime and Transport Workers union (RMT) has organised a 24-hour strike on Wednesday.

Around 40,000 employees – half from Network Rail, and half from 14 train operating companies – are expected to walk out.

Most trains will stop running and those which power on will be operating on a reduced timetable, starting later and finishing earlier between 7am and 6.30pm.

With just a fifth of services running, there will be no trains in or out of Blackpool, Portsmouth and Bournemouth to name just a handful of destinations.

The last trains from London to Edinburgh will leave at 2pm, for Birmingham at 3.43pm, and Manchester at 3.40pm.

A different union, the Transport Salaried Staffs’ Association (TSSA) will also strike with its members from Avanti West Coat operator on Wednesday.

How will London transport be impacted?

Unlike June’s walkout, London Underground and Transport for London (TfL) will not officially be taking part in the strike, but there may be some knock-on consequences.

Most TfL services should run regularly on Wednesday, but those which use Network Rail track may experience some disruption.

This will impact services:

The London Overground will be severally impacted between:

What can you do if you have a ticket for these dates?

If you have an advance, off-peak or anytime ticket for July 27 or 30, you can travel the day before or up to and including August 2.

Tickets can be exchanged for another date or you can get a refund if your train is cancelled or rescheduled. Season ticket holders can choose not to travel on these dates and can claim compensation through the delay repay scheme.

When will regular service resume?

By Thursday, most TfL services should be back to normal.

The London Overground, the Elizabeth Line and parts other District Line are likely to experience some delays before 8am.

Will that be the last of the rail strikes?

Mick Lynch, RMT’s general secretary, has explained repeatedly that workers are still not happy with National Rail’s attempt to compromise.

He said: “The offer from Network Rail represents a real-terms pay cut for our members and the paltry sum is conditional on RMT members agreeing to drastic changes in their working lives.

“We have made progress on compulsory redundancies, but Network Rail are still seeking to make our members poorer when we have won in some cases double what they are offering, with other rail operators.”

Network Rail said the further strikes shows RMT “has dropped any pretence that this is about reaching a deal”, while transport secretary Grant Shapps said the union was “hellbent” on creating misery for passengers across the UK.

The prime minister’s spokesman said: “We are concerned about the impact this will have on the public going about their everyday lives. And we will continue to call on the RMT to call off the strikes, it is in their gift to prevent this disruption.”

Guests write messages on a mural of Caroline Flack at FlackstockCaroline Flack was remembered at a festival named after her and featuring many of her famous friends on Monday. Stars including Olly Murs, Natalie Imbruglia, Strictly’s Janette Manrara and Aljaž Škorjanec, Fleur East, Louise Redknapp and Joel Dommett performed at the inaugural Flackstock festival, held at Englefield House in Berkshire. The event was created as a way of honouring the former Love […]