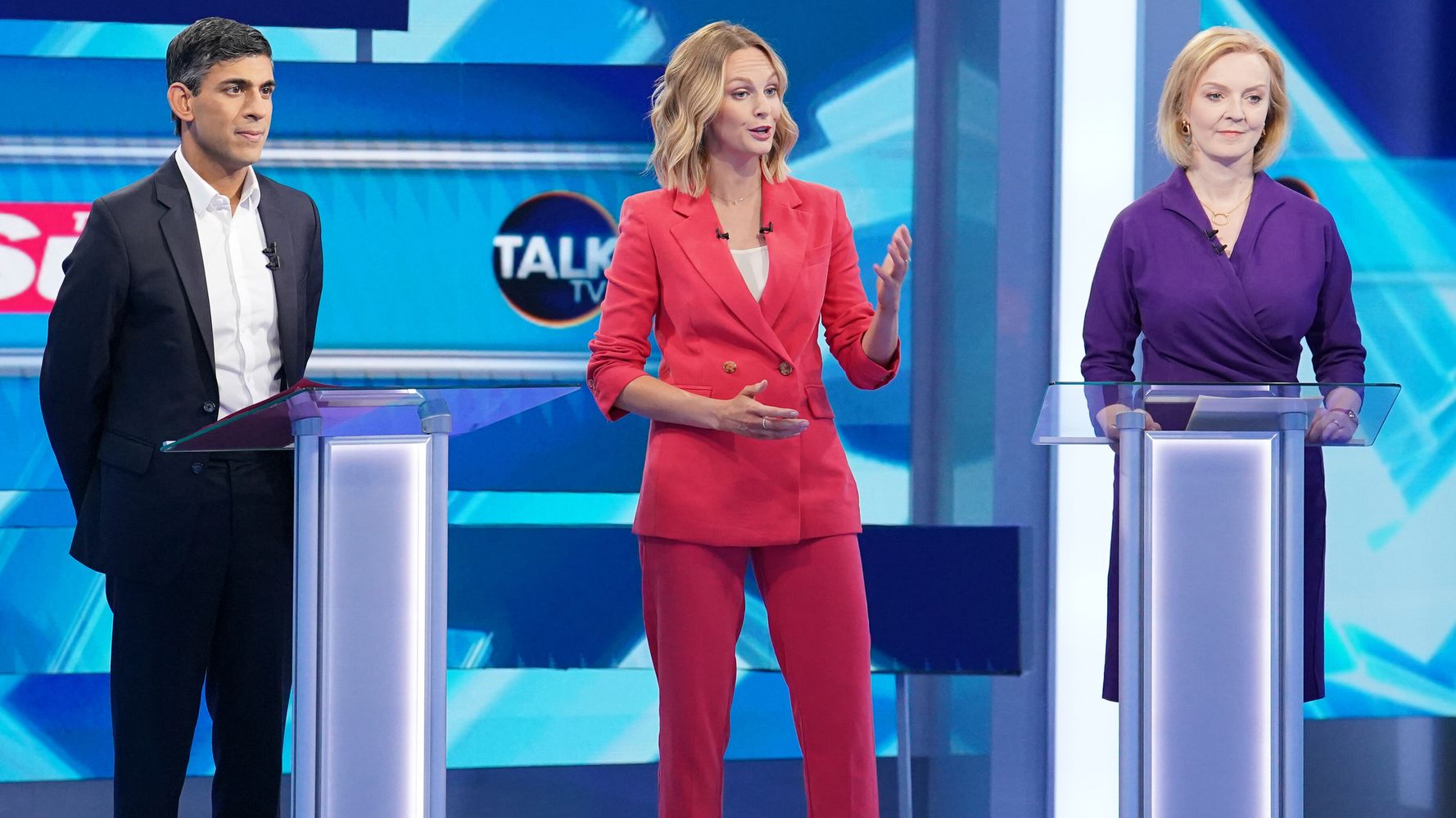 A TalkTV debate between the two Tory leadership contenders on Tuesday evening was taken off air after host Kate fainted off-camera.

Truss could be seen looking shocked as a loud crash was heard in the studio.

In an update confirming she would be back on air on Wednesday evening, Kate said on Twitter: “Well that wasn’t how last night was supposed to end.

“Thanks everyone for the lovely messages – I’m fine now – and apologies to @trussliz and @RishiSunak for cutting the debate short.

“Tonight I’ll be unpicking the debate with some new polling from 7pm ( …yes, sat down!),” she joked.

The TalkTV journalist was moderating the debate on her own after her scheduled co-host, Sun political editor Harry Cole, tested positive for Covid-19.

The network later said that after seeking medical advice for Kate, it was decided the debate should not continue, issuing an apology to its viewers.

The former chancellor and the foreign secretary also both tweeted to wish the presenter well shortly after the interruption.

He added: “You were brilliant until this happened, and will be brilliant in the rematch.”