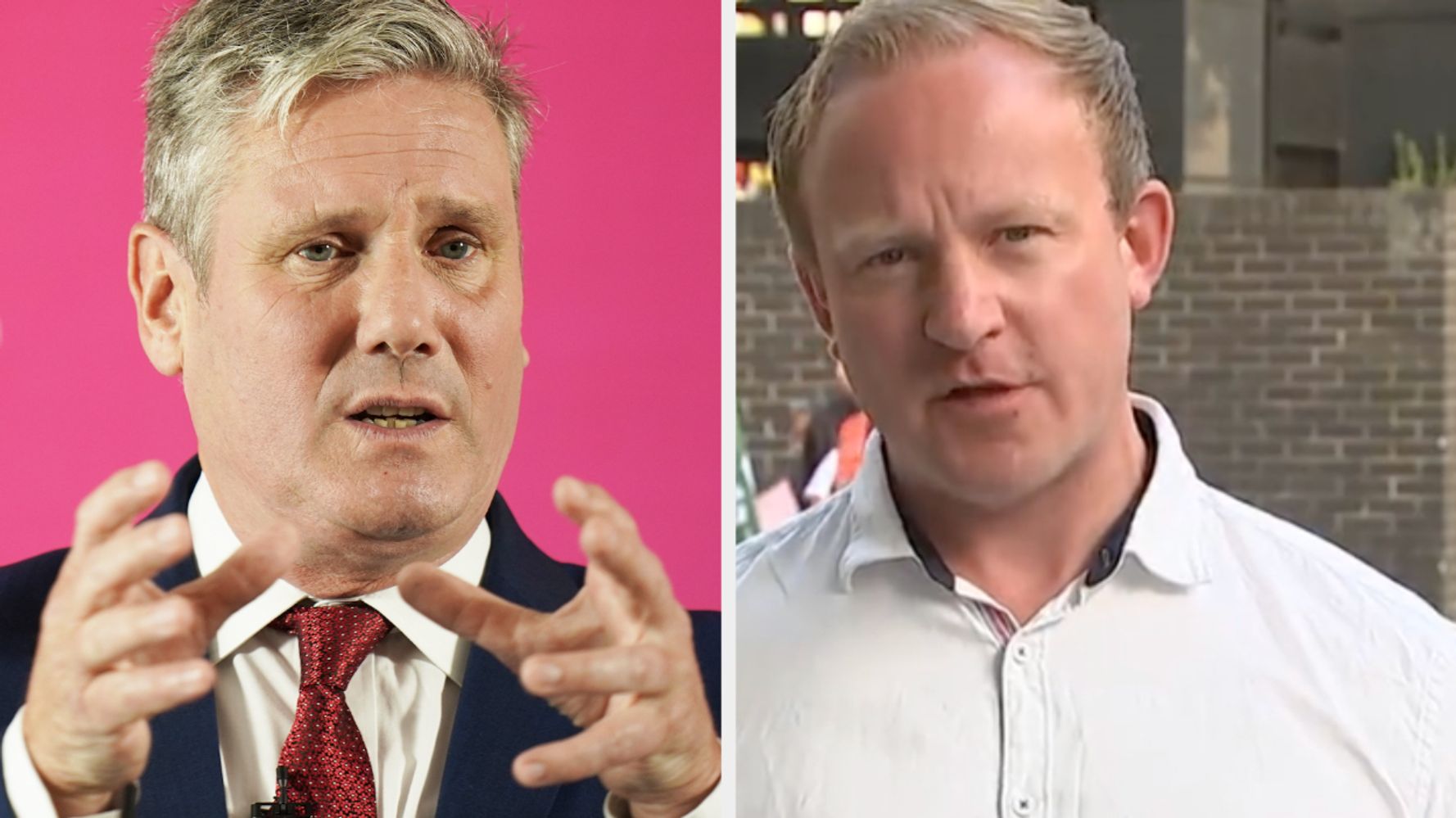 Keir Starmer has sacked a Labour frontbencher after appearing on a rail picket line.

Around 40,000 members of the RMT union staged another walkout today in a dispute over proposed changes to working conditions, pay and job losses.

But Tarry – who is an ally of Labour deputy leader Angela Rayner – told Good Morning Britain: “If we don’t make a stand today, people’s lives could be lost.”

Asked by former Labour cabinet minister Ed Balls whether he will now be sacked by Starmer, Tarry said: “I’ve no idea what Keir will decide to do, but I know this, if Keir was in government right now this dispute wouldn’t be happening.”

After several hours of discussions behind the scenes, Labour announced that Tarry had been sacked from his frontbench role.

A party spokesperson said: “The Labour Party will always stand up for working people fighting for better pay, terms and conditions at work.

“This isn’t about appearing on a picket line. Members of the frontbench sign up to collective responsibility. That includes media appearances being approved and speaking to agreed frontbench positions.

“As a government in waiting, any breach of collective responsibility is taken extremely seriously and for these reasons Sam Tarry has been removed from the frontbench.”

Tarry said: “As a Labour politician, I am proud to stand with these striking rail workers on the picket line in the face of relentless attacks by this Tory government.”

He added: “It has been a privilege to serve on Labour’s frontbench for the past two years and to have had the opportunity to speak up for hard-pressed workers who deserve so much better than the treatment they’ve received from this corrupt and out-of-touch government.

“I remain committed to supporting the striking rail workers, and campaigning for a Labour victory at the next general election, which I will fight for relentlessly from the backbenches.”

An email from Starmer’s office to shadow cabinet members said: “We do not want to see these strikes to go ahead with the resulting disruption to the public.”

The message added: “However, we also must show leadership and to that end, please be reminded that frontbenchers including [parliamentary private secretaries] should not be on picket lines.

“Please speak to all the members of your team to remind them of this and confirm with me that you have done so.”

Party bosses decided not to sack them, although they were sent letters warning them about their future conduct.

HuffPost UK revealed earlier this month how left-winger Tarry is facing a battle to hold onto his Ilford South seat.

Local Labour members voted to “trigger” him, meaning he must go through a full re-selection contest to be the party’s candidate at the next general election.

He has accused “factional elements of the party machine” of targeting left-wing candidates and MPs.

Love Islanders, ‘Exclusive’ Doesn’t Mean What You Think It Means

'Exclusive': Indiyah and Dami aren't the only Islanders using the 'e' word.We’re now into the final stretch of Love Island. Bombshells have come and gone, Casa Amor happened, the couples were tested, and everyone is doing that “settling down” bit – in the skewy timeframe that marks a summer in the villa out from any other holiday romance.In fact, in the past week, there’s been one word on most of […]