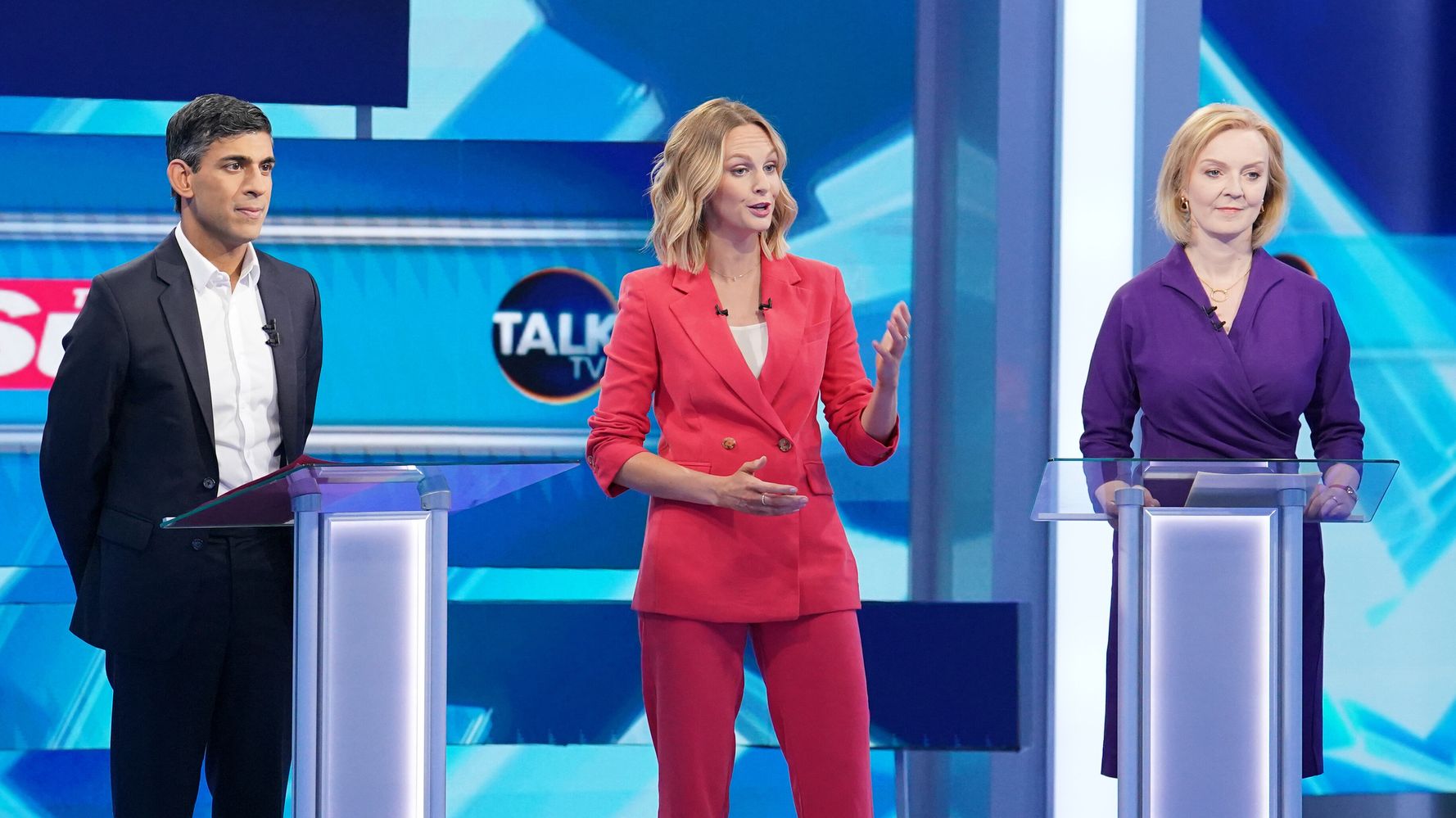 The Conservative leadership contest took an unexpected turn on Tuesday when the host of the latest debate fainted live on air.

A loud crash off screen interrupted Tory rivals Rishi Sunak and Liz Truss as they clashed once again over taxes, NHS funding and the economy. The programme was swiftly taken off air and TalkTalk TV later confirmed host Kate McCann had fainted.

“Although she is fine, the medical advice was that we shouldn’t continue with the debate,” the channel said on Twitter. “We apologise to our viewers and listeners.”

Fainting is a common issue and can happen to otherwise healthy people. It can also happen at the most inconvenient of times.

Still, seeing someone faint (or fainting yourself) can be scary if you’re not clued up, so here’s what you need to know.

Why do people faint?

There are lots of things that can cause you to faint, says Giulia Guerrini, the lead pharmacist at digital pharmacy medino.com.

“Some of the most common causes for fainting include low blood pressure; standing up too quickly; not eating or drinking enough; being too hot; being angry or in pain; heart problems; or from drinking too much alcohol or taking recreational drugs,” she tells HuffPost UK. “Other conditions that cause fainting include anaemia and hypoglycemia.

“Although fainting usually happens quite suddenly, there are some other symptoms you can look out for as signs, including dizziness; cold skin and sweats; slurred speech; feeling sick and vision changes.”

What’s going on with our bodies when we actually faint?

Vasovagal syncope (the medical term for fainting) is usually the result of the body overreacting to certain triggers. When you faint, you briefly lose consciousness.

“Due to this, the brain doesn’t get enough oxygenated blood, and therefore, faints. In the majority of cases, consciousness is regained within a few minutes of fainting, once heart rate and blood flow returns to a normal state.”

If you’ve fainted before, you’ll probably know that there an be some tell-tale signs you’re able to go, including dizziness, changes to your vision, blurred speech and feeling sick. If you recognise these, it’s wise to lie on the floor if you can and put your feet in the air.

Should you be worried about fainting?

Guerrini says fainting itself isn’t dangerous and you don’t need to speak to a doctor, GP or health professional if your fainting spell is a one-off occurrence.

However, she adds: “If you faint on a regular basis, book in to see your GP as soon as possible.”

The team at digital health site Livi provide the following advice for dealing with fainting.

“If you’re experiencing symptoms of vasovagal syncope, let the people around you know how you’re feeling. If you’re unable to sit down – like if you’re standing on public transport – ask for support to avoid a sudden fall,” they say.

“In the majority of cases, the person experiencing a vasovagal episode will come round quickly after losing consciousness. If this is the case, reassure them when they wake up and encourage them to lie down for at least 10 minutes with their legs elevated.”

Always seek emergency help if a person is not regaining consciousness.

Analysis: Rishi Sunak’s Tax U-Turn Shows He Knows He Is Already Running Out Of Time

Rishi Sunak at the launch of his leadership campaign.If you’re in any doubt about whether Rishi Sunak’s pledge to cut VAT from energy bills amounts to a U-turn, just consider what he said himself last  weekend.“We can cut more taxes, but only if we defeat the enemy of inflation and that can only happen if we are honest about the ravages it causes,” he told supporters.And yet here we are, […]