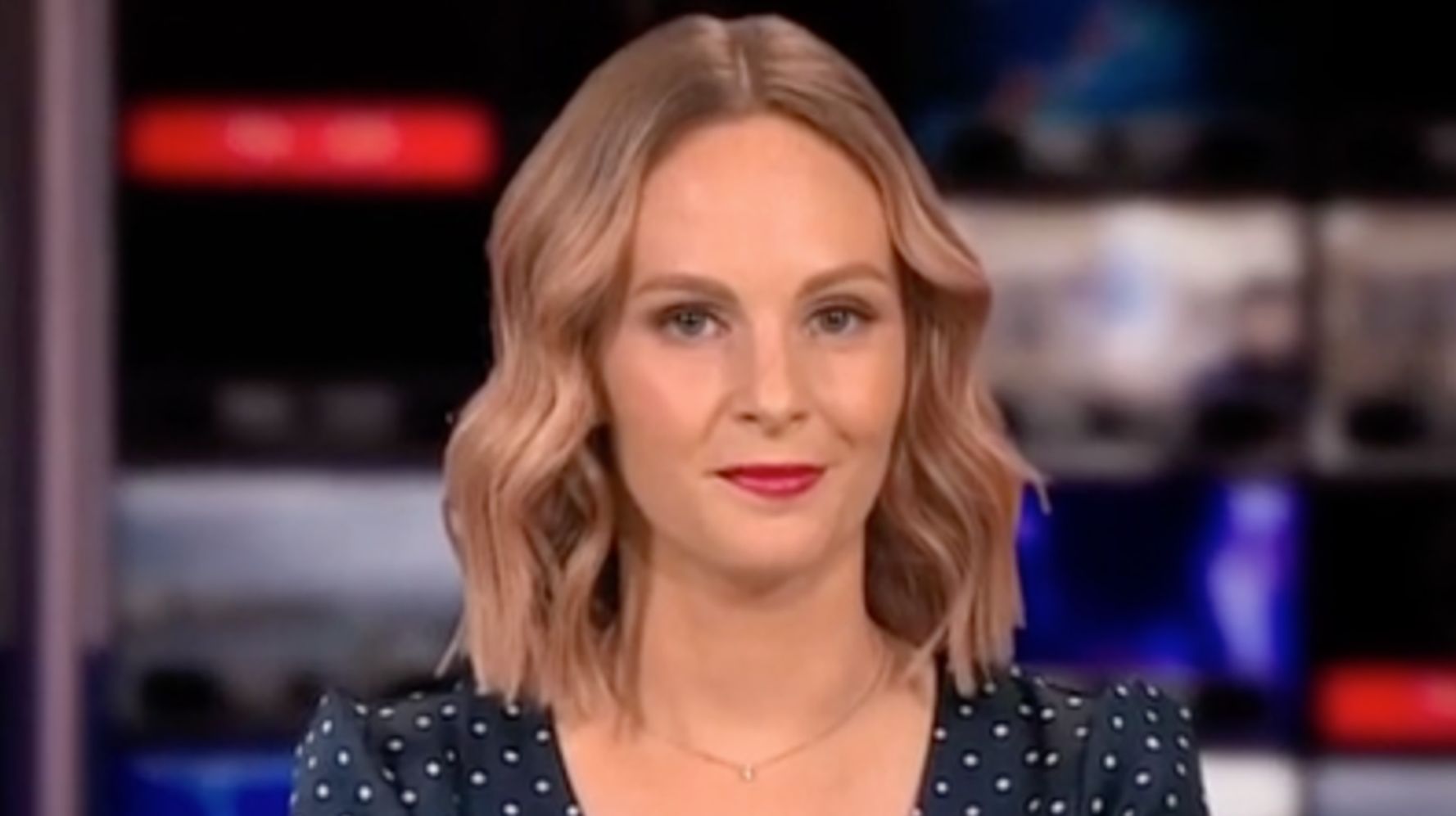 Kate McCann has spoken for the first time about fainting on air during a live debate between Tory leadership hopefuls Liz Truss and Rishi Sunak.

The TalkTV presenter and political editor was hosting The Sun’s Showdown: The Fight for No.10 on Tuesday night when she collapsed to the studio floor.

The head-to-head between the two Tory leadership contenders was immediately taken off air after a loud crash could be heard off camera as Liz Truss spoke.

In clips shared on social media, the visibly shocked Foreign Minister is seen exclaiming ‘oh my God’ as she holds her hands to her face.

Speaking about the incident on TalkTV on Wednesday night, Kate was asked how she was feeling.

“A little embarrassed, a little bit bruised, but glad to be back and totally fine,” she said.

“It’s not necessarily what any of us expected to happen last night, I don’t think. It was one of those moments that no one can really prepare for and I think both Liz Truss and Rishi Sunak were pretty shocked by it.

“Good of both of them to agree to a rematch at some point. So hopefully we’ll be able to tie down a date for that.”

Well that wasn’t how last night was supposed to end! Thanks everyone for the lovely messages❤️- I’m fine now – and apologies to @trussliz and @RishiSunak for cutting the debate short. Tonight I’ll be unpicking the debate with some new polling from 7pm ( …yes, sat down!)

Kate also saw the funny side to what had happened as she presented The News Desk on Wednesday night.

Filling in for regular presenter, Tom Newton Dunn, she joked: “After all the excitement from last night’s leaders debate, thank goodness I’m sitting down”.

She added: “There was plenty of speculation in run up to last night’s The Sun’s showdown about whether anyone would be the victim of a knockout blow, what no one predicted was it might well be the presenter.”

The News Desk airs weekdays at 7pm on TalkTV.

Nadine Dorries was interrupted during the live interview.Culture secretary Nadine Dorries was forced to abandon a live TV interview this morning after a dispute broke out off-camera.The cabinet minister and Boris Johnson ally was speaking to Sky News about the opening of the Commonwealth Games in Birmingham when she was interrupted by the altercation.As the dispute unfolded in the background, Dorries told Sky’s Kay Burley: “I’m sorry Kay...I’m afraid we’re […]