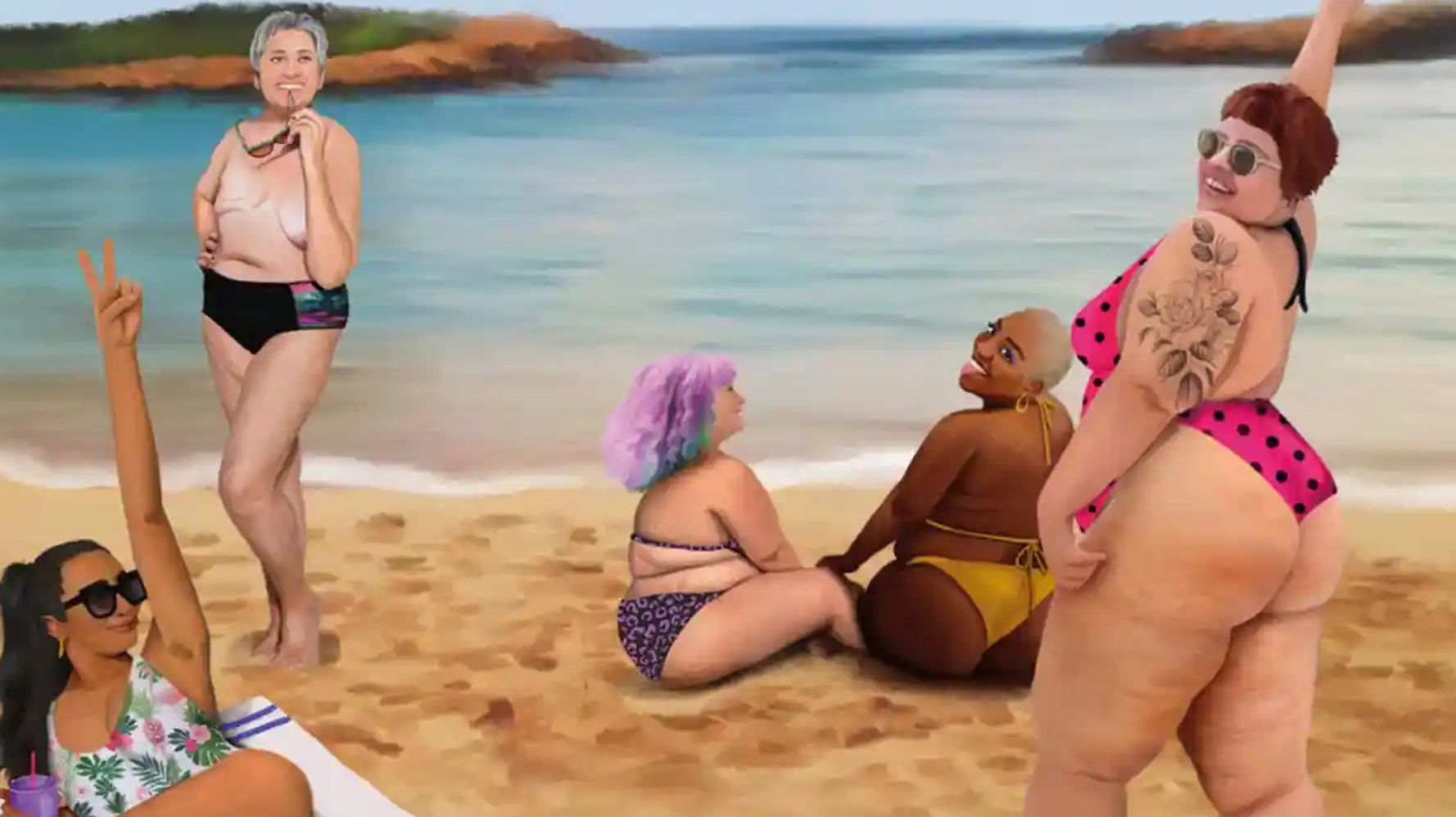 “Summer is ours too,” says Spain’s equality ministry, launching a creative summer campaign which aims to encourage all women to go to the beach.

The promotional photo showcases five women with different body types, ages and ethnicities having fun on the coast. The oh-so-jolly image also features a topless woman who has had a mastectomy.

“All bodies are beach bodies,” Ione Belarra, the minister for social rights in Spain’s Socialist-led Podemos party, said. “All bodies are valid and we have the right to enjoy life as we are, without guilt or shame. Summer is for everyone!”

And people online are absolutely loving it.

I’m off Twitter as I’m on holiday (in Spain!) but came back on to celebrate Spain’s wonderful campaign ‘Every woman’s body is beach ready’. YES, Spain🇪🇸😍! All bodies are valid & beautiful! End fatphobia & judgement! Wonderful photo including #mastectomy https://t.co/swQGFH9ODr

I absolutely love this. Body positivity at its finest. Makes me super-happy to see, as a plus-size woman myself🫶🏾 Love the energy of the campaign minister too, and seeing a variety of women in the pic is also significant. Thoughtful! https://t.co/SajdAQpbvS

While the reaction to the campaign has been overwhelmingly positive, some have asked if there are going to be images that promote body inclusivity for men, too.

Still, a number of people have pointed out the stark difference between Spain’s campaign and the controversial Protein World advert that featured across the London Underground network in 2015.

The Advertising Standards Authority actually ruled that the ad was “inoffensive,” meaning it wasn’t initially banned. But Mayor of London Sadiq Khan soon made a stand, saying Transport for London would “not allow ads which could reasonably be seen as likely to cause pressure to conform to an unrealistic or unhealthy body shape, or as likely to create body confidence issues”.

Even though it’s encouraging to see how Spain is championing all women’s bodies, there is still a deeply rooted notion that people have to change their bodies in order to be “ready” for summer – and it stems from fatphobia.

“Advertisers don’t always realise the impact that terms like ‘summer body’ have on people who live in bodies that don’t fit the ‘societal norm,’” Gianluca Russo, a fashion and culture writer and co-founder of The Power of Plus, a size-inclusive digital community, previously told HuffPost.

Additionally, the entire notion of a “summer body” suggests that people need to change their bodies in order to be ready for the season, which can be triggering for anyone who has struggled with an eating disorder or compulsive exercise.

So, how can we prepare for the summer if we aren’t body confident?

Cleanse your social media feed. Instagram can be a powerful tool for body positivity and acceptance.

Stock up your follow list with accounts that make you feel empowered and accepted, along with the celebrities who inspire you to live authentically and unapologetically. And if there’s an account that’s making you feel bad about yourself? Hit that unfollow button and don’t look back.

“This idea that one needs to change the way that they move or eat in preparation for summer is just unrealistic. It is important to find a way to move our bodies that brings us joy and to which we look forward,” Elisha Contner Wilkins, the executive director at Veritas Collaborative, a national eating disorder recovery centre, said.

With that, ask yourself what you enjoy doing. What activities bring you happiness?

“It’s important to question this because we spend so much time absorbing information about how our bodies are ‘supposed’ to look or what we’re ‘supposed’ to eat, and we lose touch with what we actually want and what we desire,” Milwaukee-based personal trainer Chrissy King previously told HuffPost.

Congrats to Spain for a brilliant campaign. Now, can we have one here?

Vanessa FeltzVanessa Feltz has announced she is leaving her shows on Radio 2 and BBC Radio London after almost 20 years at the helm.The broadcaster and TV personality, who is one of the BBC’s top earners, said she has “loved every moment” of her early-morning programmes but is stepping down to catch up on a “decade’s deficit of beauty sleep”.She announced her departure to listeners on Thursday morning, becoming tearful […]