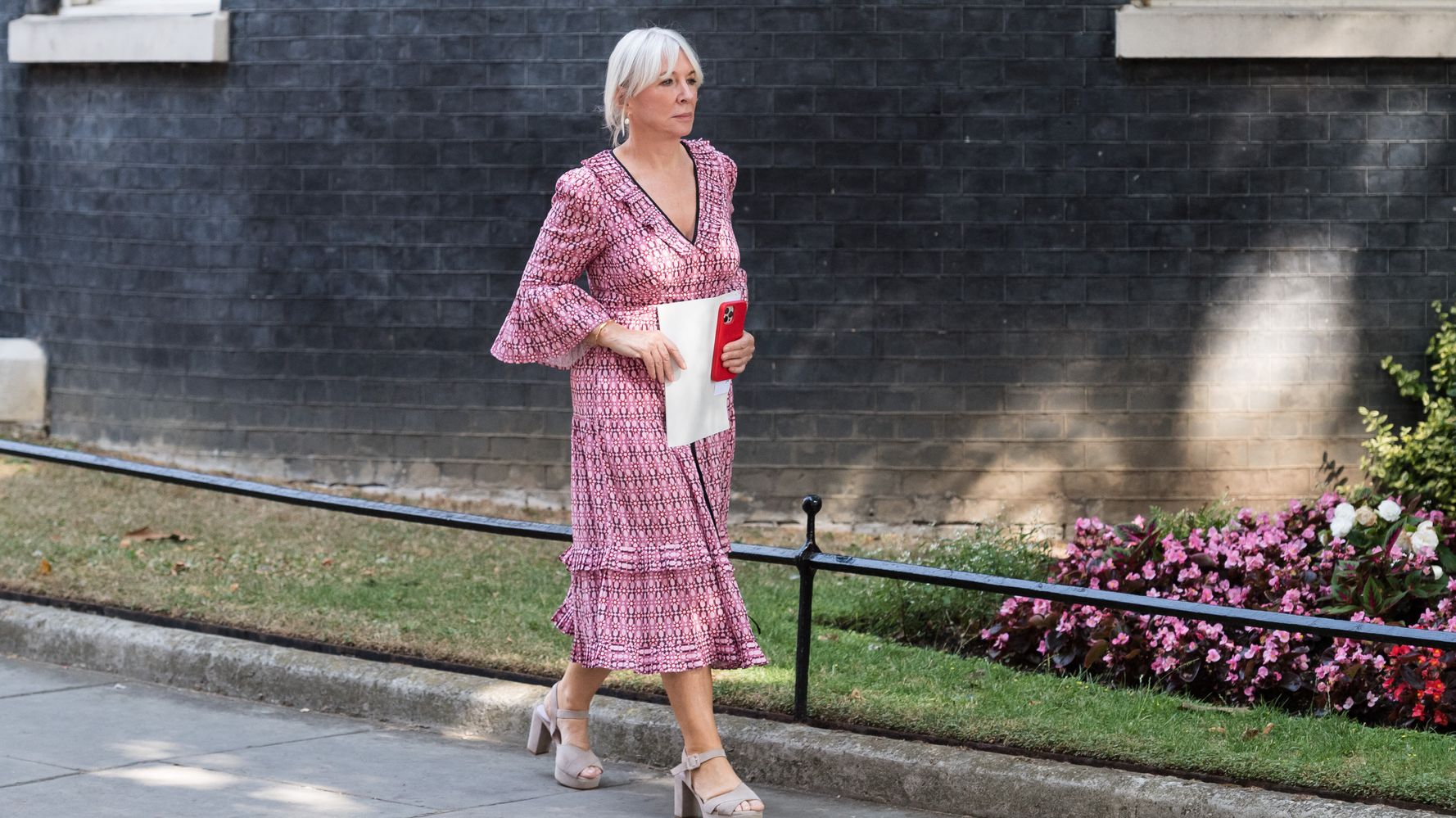 Ministers have called on Liz Truss to “disown” attacks on Rishi Sunak by Nadine Dorries.

The culture secretary, a supporter of Truss’s leadership bid, mounted a fresh attack as she made a half-hearted apology for previous comments about his expensive clothes.

She also shared a doctored image on Twitter showing Rishi Sunak stabbing Boris Johnson in the back.

Writing in the Mail on Sunday, she described Sunak as an “assassin” for helping to bring down Boris Johnson, and a “dog in the manger” for not supporting the prime minister enough when he was chancellor.

She said she “may have gone over the top” when she criticised Sunak for wearing £450 Prada shoes and a £3,500 bespoke suit.

“I wanted to highlight Rishi’s misguided sartorial style in order to alert Tory members not to be taken in by appearances in the way that happened to many of us who served with the chancellor in cabinet,” she said.

“The assassin’s gleaming smile, his gentle voice and even his diminutive stature had many of us well and truly fooled.”

She later retweeted an image showing Sunak as Brutus stabbing Johnson as Julius Caesar in the back.

Business minister Greg Hands condemned Dorries’ actions as “distasteful” and “dangerous” in the wake of the killing of Southend West Tory MP Sir David Amess at a constituency surgery in Essex last October.

The MP, who is supporting Sunak’s campaign, told Sky News: “I’m sure Liz Truss would disown this kind of behaviour.

“I think this is appalling.

“Look, it’s not even a year since the stabbing of Sir David Amess at his Southend constituency surgery, so I think this is very, very bad taste, dangerous even”.

“I think that sort of imagery and narrative is not just incendiary, it’s wrong,” he told BBC Radio Wales.

“I think it’s time for those who think that an argument about Prada shoes or earrings is more important, for instance, should wind their neck in and let people talk about the issues rather than the personality”.

Former Northern Ireland secretary Brandon Lewis, who has announced he is supporting Truss, told Sky News: “It’s certainly not the sort of thing I would tweet.”

He added: “Nadine is well known as having strong views on things. Nadine speaks for herself, she’s very much an individual on that. But that is not a position that Liz would take”.

Analysis: Senior Tories Have Already Decided That Liz Truss Is Heading For Number 10

Britain's former chancellor to the exchequer and candidate to be the Leader of the Conservative Party, and Britain's next Prime Minister Rishi Sunak, reacts as he meets with supporters during a campaign event in Newmarket, on July 27, 2022. - Rishi Sunak and Liz Truss are contesting a run-off to be the Conservatives' new leader, and thereby prime minister, with the ruling party's approximately 200,000 members set to vote next […]