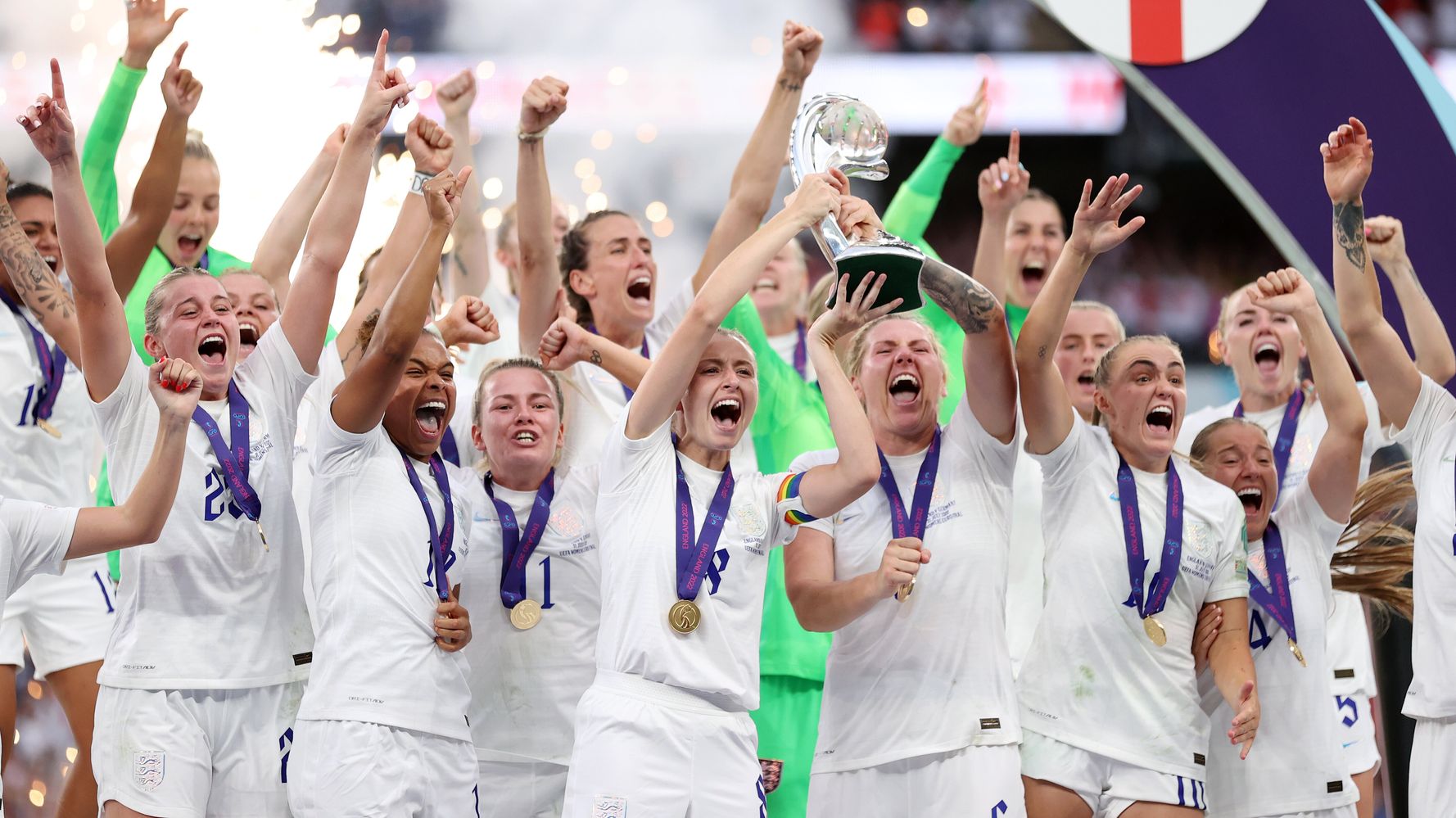 Adele and the Spice Girls are among the famous faces to praise the Lionesses following their Euro 2022 victory.

The England women’s team beat Germany 2-1 after extra time on Sunday, securing the first major tournament title for any England team since 1966.

Following their historic win, Adele described their achievement as a “game changer”, while the Spice Girls celebrated their “girl power”.

Spice Girls Melanie C and Geri Horner, who were in the stands at Wembley Stadium to watch the final, shared snaps on Instagram as they sent their congratulations to the team.

“Beyond proud. Inspiring a nation and a generation,” Melanie tweeted.

Many other celebrities rejoiced in the Lionesses’ victory on social media…

It’s emotional maaaaaaaan…. big up all the women who fought hard to get us to this point. What an amazing moment in history #Lionesses #ENG

Wonderful stuff from the @Lionesses 🏆🏆🏆

What a performance over the last few weeks. So happy that my kids are experiencing an England football team winning a major tournament. pic.twitter.com/YUYA4IgN2Y

I’m exhausted so @Lionesses must be done in.

Football is a simple game. 22 women chase a ball for 90 minutes and, at the end, England actually win. Congratulations @lionesses. Fabulous.

“This is what dreams are made of!” Massive pride in our fantastic @Lionesses for their inspiring victory. This is huge for English football, and for girls’ football. CONGRATULATIONS 🏆 pic.twitter.com/Gv6scYHEMn

This is playing for your country with passion & pride in your heart.

Thank you to all those women who’ve gone before allowing our @lionesses to play this tournament with freedom and without fear.

Amazing amazing amazing Congratulations #Lionesses Thank you to all of you for letting an oldie like me see a massive crowd of mainly women and children enjoy a huge event without apology for the first time in my life. Game changer for all women of all ages. Thank you ❤️❤️

Crying. So brilliant. So important. Too emotional to articulate more. I am glad there are 7 year olds watching this who wanted to be a goalkeeper like I did! But didn’t think it was ‘appropriate’ or ‘allowed’ to voice it. Thank you Lionesses. #Lionesses

BBC Sport presenter Alex Scott hailed the team as role models as she co-hosted coverage of the event on Sunday.

“They’re so relatable, they’ve all been on a journey, hardship, struggle, overcoming stuff, and those are role models,” she said. “They’re real, they follow their passion, their heart and this is where it’s led them.

“In 2018 we were begging people to host in their stadiums for women’s games for these Euros. So many people said no. I hope you all looking at yourselves right now because you weren’t brave enough to do it.”

Her co-host Gabby Logan also signed off with a message to fans.

“Is this a game-changing moment?” she asked. “Well, the record audiences on TV and crowds in the stadium has been fantastic, brilliant. But to really move the sport on, we need you.

“If you’ve enjoyed it, get yourself along to a WSL game this season – even if you only go to one or two.

“The Lionesses have brought football home. Now it’s down to the rest of us to make sure it stays here.”

Derek Draper and Kate Garraway pictured after she left the I'm A Celebrity jungle in 2019Kate Garraway has said her husband, Derek Draper, is “back on the right side” after taking an “unexpected and frightening turn for the worse” amid his ongoing battle with Covid-19.In a post on Instagram, the 55-year-old Good Morning Britain presenter thanked the NHS staff who had been treating him in intensive care as well as […]