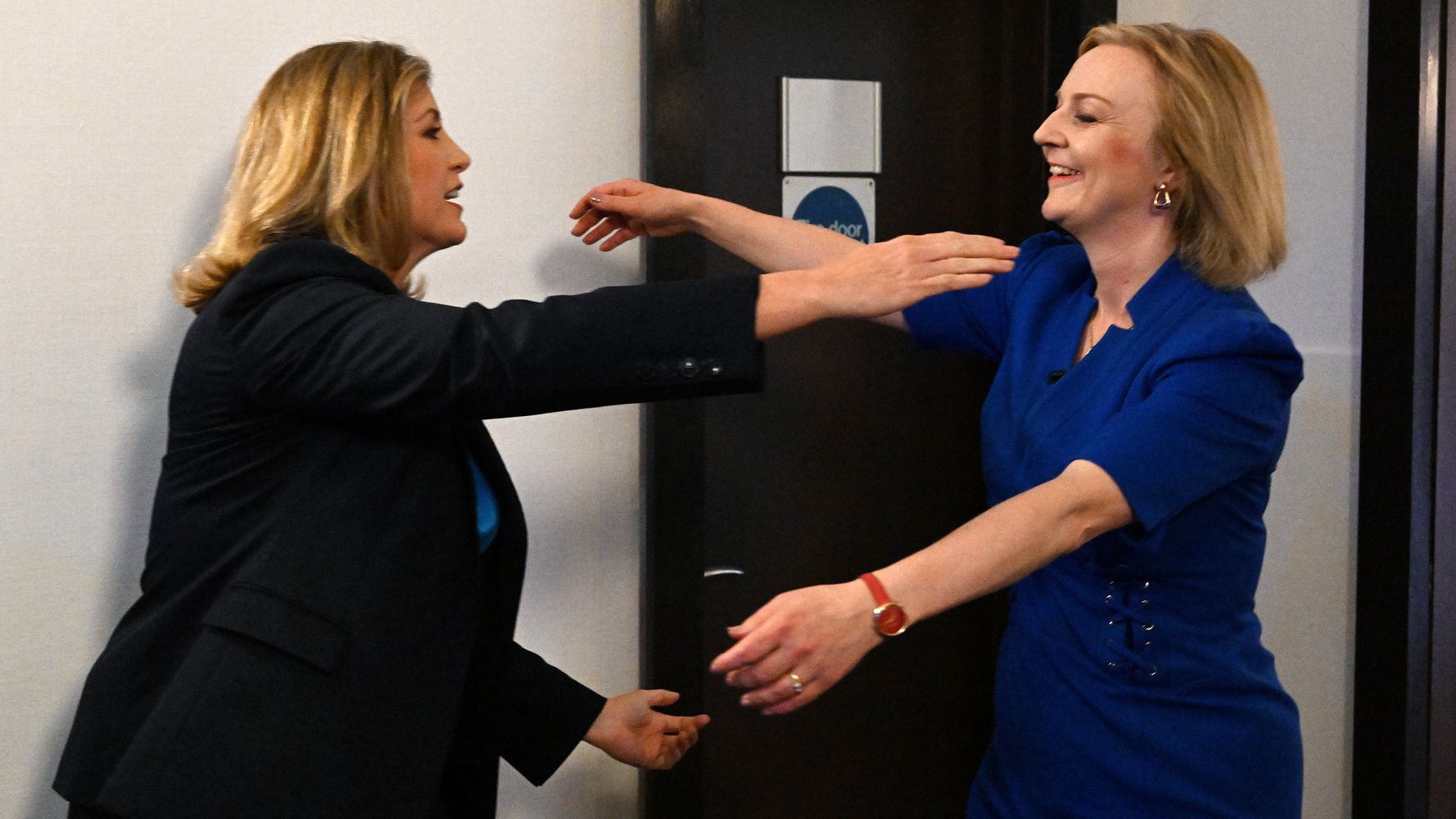 Penny Mordaunt has endorsed “hope candidate” Liz Truss in the Tory leadership race despite being the victim of a brutal briefing war as the two battled for a spot in the final two of the contest.

Trade minister Mordaunt narrowly lost out to Truss to get into a run-off with Rishi Sunak, and many expected her to sit out the rest of the campaign and not back either candidate.

Mordaunt herself accused her Conservative leadership rivals of mounting a smear campaign against her and condemned “toxic” briefings from rival camps, as the head of the civil service launched an inquiry into leaks allegedly designed to damage her bid.

As Mordaunt gained momentum, the Mail and Telegraph newspapers ran increasingly personal and negative front pages on her. Allies of Truss deny involvement in a “black ops” campaign against Mordaunt.

It comes as a poll suggests Sunak is closing the gap on Truss, with a 24-point lead now down to just five.

Pretty amazing when you consider the ferocity of the briefing Truss’s lot did against her earlier in the contest. Must have been promised a great job. https://t.co/ipWTjZw4Xn

Despite the animosity, Mordaunt gave Truss a glowing reference opened the latest hustings in Exeter by giving her support to foreign secretary Truss, calling her the “hope candidate”.

Mordaunt said: “Her graft, her authenticity, her determination, her ambition for this country, her consistency and sense of duty – she knows what she believes in, and her resolve to stand up against tyranny and fight for freedom.

“That’s what our country stands for and that’s why I know with her we can win.

“And actually seeing her over the last few weeks has made me want to help her, to help her win, to help build the team we need to win the country, and to give ourselves as a party and as a nation the pride and confidence we need to reach our full potential.

“In short folks, to give us all hope. She for me is the hope candidate.”

Sunak was initially seen as the favourite to replace Johnson, but he has struggled to make headway against Truss and crowd-pleasing promises to cut tax.

Covid Latest: What Is A ‘Rebound’ Infection?