BP Just Made £6.95bn And People Are Pointing To Their Soaring Energy Bills 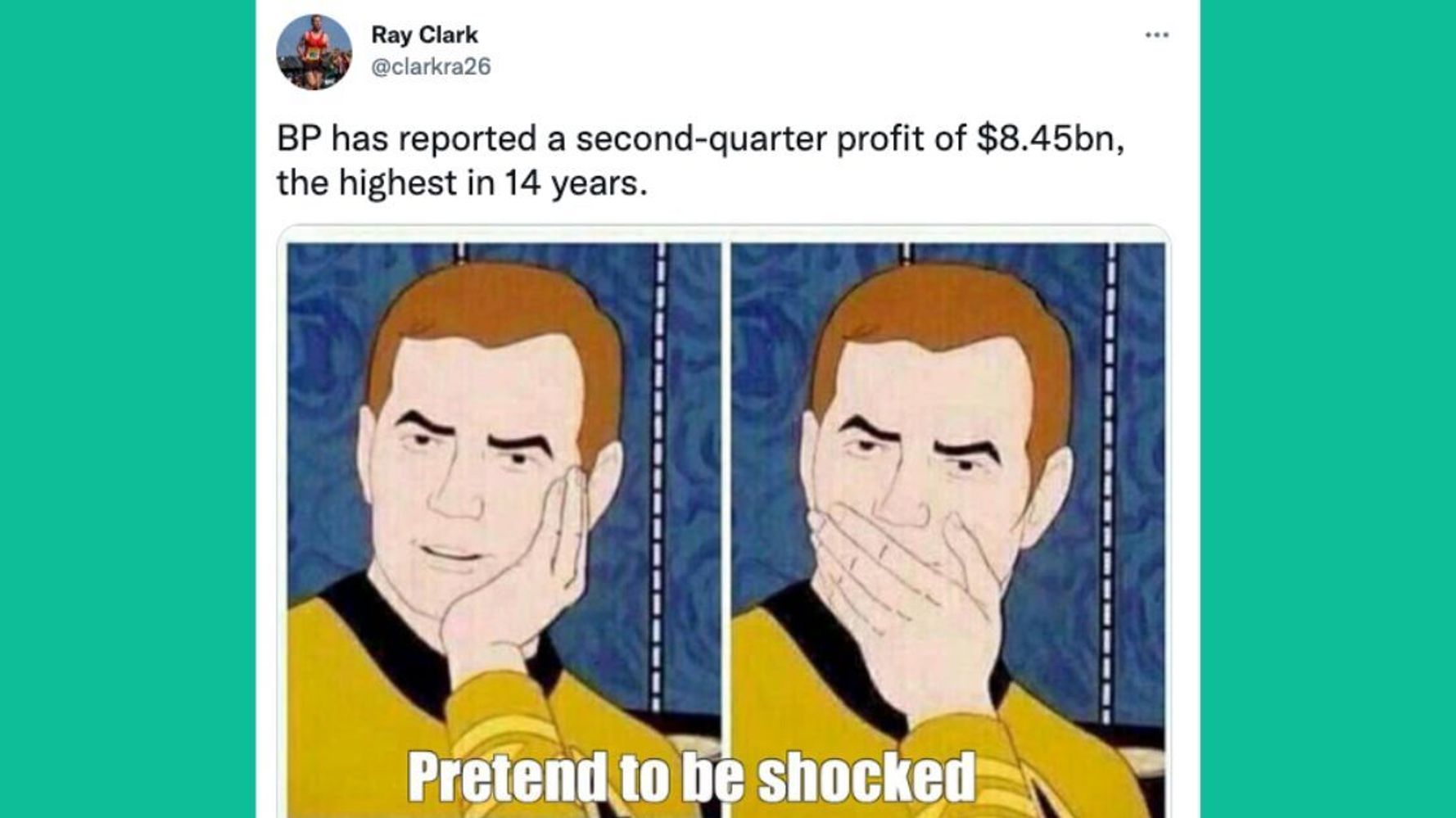 BP energy company has just announced it made a record profit of £6.95 billion between April and June this year alone – and people are furious.

It comes as energy bills continue to soar to astounding levels, with market researcher Cornwall Insight predicting that the average household bill could hit £3,615 this winter.

Energy costs are at the heart of the cost of the living crisis, with many fearing fuel poverty is on the horizon later this year.

This news from BP means it has trebled its profits since the energy price cap was lifted in April, when the average household had to start paying £700 more for their annual energy bill.

It’s worth noting that this is also the largest profit BP has reported for 14 years, following the climbing prices of oil and gas, and the second highest in the company’s history.

This is a £2.3 billion increase compared to the same period last year.

BP is not the only energy firm to report a staggering profit – both British Gas owner Centrica and rival Shell have recorded huge earnings recently, too.

The government did introduce a one-off windfall tax on oil and gas companies in July, but it does not apply to profits announced by BP and other energy firms between April and June.

It comes as the Ukraine war increases wholesale gas prices, as Russia continues to reduce its energy supplies to Europe, pushing bills up to unprecedented levels.

Market analyst at City Index, Joshua Warner, told PA news agency that it was a “recipe that should continue to deliver bumper earnings for BP and other oil and gas giants”.

In response to the profits, BP’s chief executive Bernard Looney said that the group was still continuing to “perform while transforming” as it moves away from its Russian oil producers.

“Our people have continued to work hard throughout the quarter helping to solve the energy trilemma – secure, affordable and lower carbon energy.

“We do this by providing the oil and gas the world needs today – while at the same time, investing to accelerate the energy transition.”

Safe to say, not many people on Twitter were as happy with the BP profits…

Just announced: BP profits have trebled to 6.95bn for the 3 months April – June. They’d already made record profits of £4.9bn in the first 3 months January-March.

There is no cost of living crisis. We have a cost of greed crisis.

On the day we are told an average energy bill this winter will be more than £3,600pa, BP announce £6.9bn profit made in just three months to June.

They are treating us like fools. Nationalise energy now.

As BP profits triple to $8.5bn, Liz Truss says she doesn’t believe in windfall taxes.
She does, however, believe in a tiny group of people making an obscene amount of money while millions choose between heating and eating. https://t.co/m034uwrVeJ

This isn’t a cost of living crisis. It’s a cost of voting Tory crisis.

BP just made £7 billion profit in the last 3 months alone – their highest in 14 years – whilst bills are soaring to their highest ever at £3,600. If this is not grounds for revolt in all its myriad forms, I don’t know what is.

This is no coincidence: Your sky-high bills are their record profits.

It’s a system rigged to put their greed before your need.

As BP profits triple to $8.5 billion, you will be relieved to know I do not believe in windfall taxes as they would send the “wrong message”. That message being that you can’t just reign in grotesque corporate greed because you fancy putting the heating on!

It’s almost as if they’re ripping someone off. Wonder who?

Ofgem Has Changed Its Energy Cap Policy Again. Here’s Why It Matters