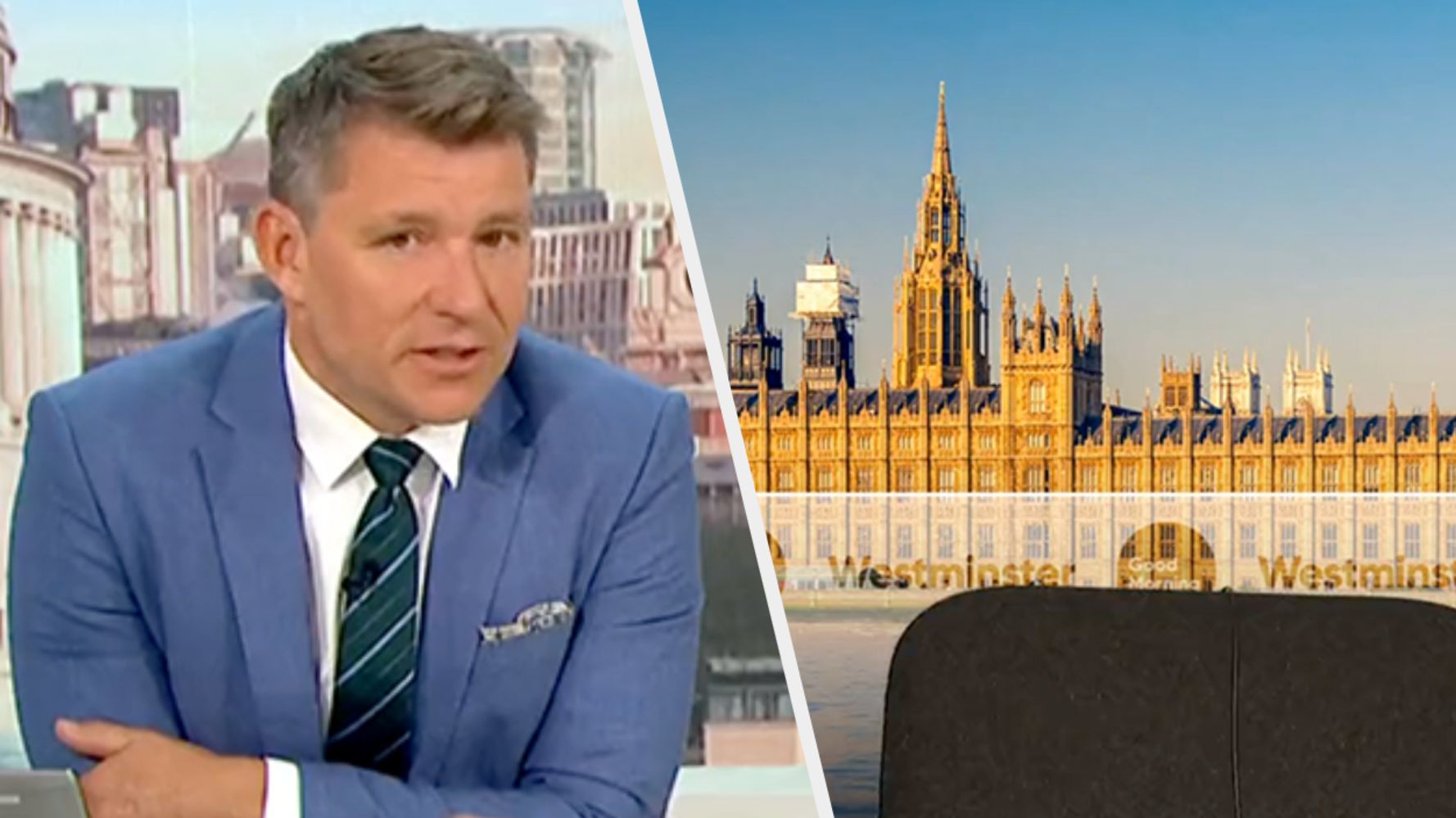 A Tory MP was empty chaired on Friday’s Good Morning Britain after skipping an interview, despite the Bank Of England’s warning the country is headed towards a recession.

On Thursday, the bank confirmed it is increasing interest rates to 1.75% as it also forecast a recession lasting for more than a year and inflation climbing to 13.3%.

With the huge economic challenges facing the country, GMB had hoped to interview a government minister to see how MPs were planning to respond.

Despite accusations that the outgoing prime minister and his cabinet are missing in action during a time of crisis, an invited MP still failed to appear on the ITV breakfast show.

Viewers were then shown an empty chair against a Westminster backdrop, as host Ben Shephard said: “We did invite a minister onto the show. Despite what we’ve just heard… they didn’t want to turn up. They haven’t got time for us in their busy schedule.”

As the govt faces criticism for being absent at a time of crisis, we did invite a govt minister on the show this morning but were told they didn’t have time for us in their busy schedule.

If any ministers are watching, our chair in Westminster is ready and waiting for you. pic.twitter.com/pRrtEsgVgz

Business secretary Kwasi Kwarteng did make a few appearances during Friday’s media rounds, but not on Good Morning Britain, with Ben adding: “We would love to have him.”

Co-host Charlotte Hawkins said: “An empty chair in Westminster, it’s ready and waiting… We are ready when you are.”

Boris Johnson went on holiday earlier this week and is not expected to be back at his desk until next week.

Nadhim Zahawi, who took over as chancellor a month ago following the resignation of Rishi Sunak, is away with his family. However, he claimed on Thursday that he did hold a call with the PM to discuss the depressing forecasts and the government’s economic plans.

Zahawi said: “For me, like I’m sure lots of others, there is no such thing as a holiday and not working. I never had that in the private sector, not in government. Ask any entrepreneur and they can tell you that.

“Millions of us dream about getting away with our families but the privilege and responsibility of public service means that you never get to switch off, that’s why I have had calls and briefings every day and continue to do so.”

Good Morning Britain airs weekdays at 6am on ITV.

Kay Burley interviewed both Liz Truss and Rishi Sunak on Thursday nightLiz Truss and Rishi Sunak were put under the spotlight by Sky News’ Kay Burley last night, and both of them made a handful of slip-ups.There’s still a month to go before the 160,000 Conservative Party members vote for one of Boris Johnson’s old cabinet to replace him.Frontrunner Truss, who is still foreign secretary, and Sunak, who resigned as […]